The Complete Guide to Framing Devices

When it comes to telling a story, authors need every tool they can use to make it a memorable one. One such tool writers can use are framing devices.

Framing devices help writers tell a story within a story. One story helps “frame” the other one and give more context or understanding.

Even expert writers need ways to put stories together into a cohesive framework. Otherwise, your story will not have any kind of structure or suspense.

You might not know how to use framing devices, but by the end of this article, you should understand what they are and how to use them.

In this complete guide to framing devices, we’re going to cover what it is, how to use it, and dive into some examples so you can understand how they work.

Before we dive into framing devices, you will need to know that plot devices are techniques to tell stories and make them intriguing.

They can increase tension, help the reader understand what’s happening, and are the main reason we keep reading.

A framing device is part of a plot device that writers can use in their stories.

A framing device is simply a story within a story, or a way to “frame” the main story being told.

It has a few purposes such as establishing context, helping the readers meet the characters, or setting the overall tone for the story about to be told.

You will see framing devices in almost every form of entertainment and media out there from books to TV shows to movies.

Authors will often start out their books using framing devices because it’s a great way to enter into a story. It gives the reader some point of understanding of either the characters, the environment, or the overall tone of the book.

You might choose to go back and forth in time, too, to give full context. That lets you go between different “frames” to keep giving more and more context or tell two stories that overlap. When Framing Devices Are Used

Sometimes framing devices are also referred to as frame stories.

When multiple frame stories are used, sometimes they are referred to as nested stories, as the layers of complexities unfold.

Now, most of us know what a plot and a main storyline are. A framing device helps you tell different stories all under the umbrella of the main storyline.

The smaller stories often play into the bigger storyline, so the author needs to think about how they wind together.

Framing devices are also used to cast doubt on the reliability of the narrator.

Why Use Framing Devices

Sometimes framing devices can be used to plant doubt in the reader’s mind.

It might even cause the reader to think about whether the second storyline is happening at all.

Outside of using it for that reason, they’re often used to give greater context to a story and plot.

It can be used to understand things like why characters make the choices they do or the overall situation of the town and environment the characters are in. It can give the reader a deeper understanding of a character’s motivations.

Without it, some parts of a story might not make any sense.

What Are Not Framing Devices

However, things like flashbacks are not always a framing device, although they can be used to give much deeper context to a story.

Done well, a using a framing device can also help increase the tension throughout the story. As the characters that are help framing the story have tension, it increases the tension in the main story as well.

If you’re wondering if something is technically a framing device, you only need to ask a few question: Is this part of a larger narrative and does it help move the story forward? Or does it at least help explain the theme of the story? If not, then it’s not a framing device.

That doesn’t mean authors can’t use things like flashbacks, voiceovers, or characters telling a sub-story in their books, but it doesn’t always mean those are always framing devices.

At the same time, you don’t always have to use framing devices in stories. Use what makes sense to your writing and your story (but know that you probably should have some kind of framing device).

There are so many writing techniques out there to use and pull from, so use what makes the most sense for you.

How to Use Framing Devices

The purpose of a framing device is to lead readers along the story. Each of the stories need each other to guide them forward and tell the story in a comprehensive way.

Imagine trying to read The Great Gatsby without any of the context of the history between Gatsby and Daisy. He would just be a neighbor throwing parties for absolutely no other reason than to show off his wealth.

However, once you have the background story of how in love they were before and how he’s trying to win her back, everything in the story moving forward makes sense.

As you write your story, you’re going to have to ask yourself if there’s context that the readers need in order to understand the main plot of the story.

Is there some background context the reader needs or another story that can help them understand the main story?

If you include a framing device and aren’t sure if it should stay, just ask yourself if your story still makes sense if you remove the framing devices.

If you remove the framing device and the story no longer works, then you have successfully used a framing device. You want to make sure the ones you are using are essential, otherwise you can end up with too many side stories.

One famous example of a framing device is when Forrest Gump is talking to people on the bench while he eats his chocolate. Without him being on the bench and talking to strangers, there’s no reason for him to tell his life story.

The Grand Budapest Hotel is another big example people can imagine when it comes to understanding what framing devices are. This story uses three different framing devices and stories to tell the overall story happening at the same time.

In The Wizard of Oz, Dorothy falls asleep in the beginning and we find out in the end that the entire story was a dream. (In the book, though, it’s not a dream at all.)

In the written form, you can see it in famous old stories such as the famous Odyssey by Homer. Odysseus recalls and tells his story throughout it.

In the story Frankenstein by Mary Shelley, Frankenstein is telling the main story of the creature but it also contains another story about the family. By understanding the family and the story, the readers are able to understand why the characters start to choose the paths they do.

What to do next

Ready to put your book together? Get the fiction book outline! 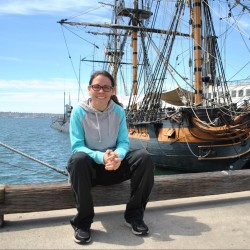